Watch and clockmakers have always been honoured with memorials and occasionally fine tombs. We aim to preserve their memories. The Company also honours living horologists with prizes for excellence. 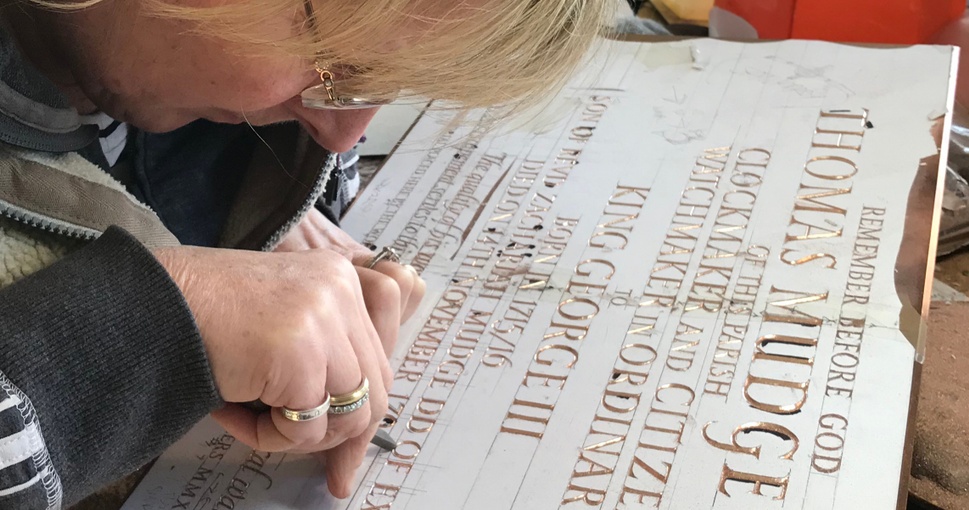 The Worshipful Company of Clockmakers has an interest in and monitors the condition of a number of memorials to past watch and clockmakers. These are visited annually by the Junior Warden.

A downloadable list of the memorials, along with their various locations, is available here. If you think we should be aware of any more memorials, please contact the Clerk.

One of the most important of the tombs maintained by the Company is the Harrison tomb at St John-at-Hampstead, London. This was first rebuilt entirely in 1879 at the expense of the Clockmakers, in Spinkwell stone with Sicilian marble panels. In 2014, we organised for Cliveden Conservation to attend and carry out significant cleaning. In 2020, we were pleased to contribute to the costs of removing overgrown trees from around the tomb.

The Clockmakers have three principal prizes that reward excellence in horology. These are:

The Clockmakers’ Company commemorates outstanding achievements in horology through the award of the Tompion Medal. This gold medal is named in honour of Thomas Tompion, Master of the Company in 1703, and often regarded as the ‘Father of English Watch and Clockmaking’. It is awarded at the discretion of the Court from time to time, and no regard is paid to the nationality of the recipient.

A list of winners of the Tompion Medal can be found here.

The Clockmakers’ Company commemorates outstanding achievements in propagating knowledge of the history of clockmaking and its appreciation through the occasional award of a medal named after the illustrious John Harrison.

A list of winners of the Harrison Medal can be found here.

Derek Pratt (1938–2009) was one of the leading horologists of his time whose interests encompassed all aspects of time measurement, as well as many other fields associated with mechanical and micro-engineering. The Derek Pratt Prize is an award of £20,000 to honour those individuals or organisations whose work bears the same hallmarks of innovation, ingenuity, elegance, the highest standards of workmanship and precision performance in the craft and science of time and timekeeping. It is also intended to encourage others to persevere along this same path. The Prize is open to individuals or organisations of any nation whose work, in the opinion of the judging committee, proves worthy of the award.

A list of the winners of the Derek Pratt Prize can be found here.