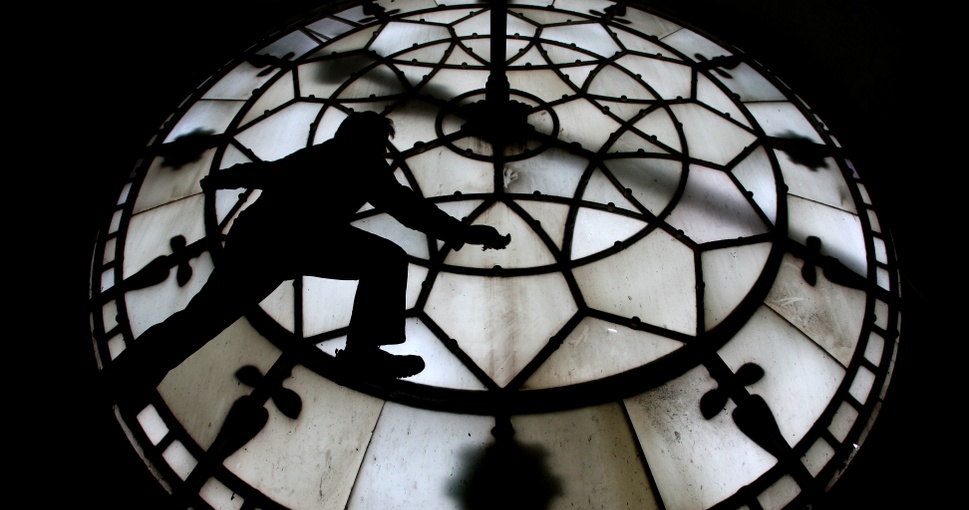 For further information on how we give support to education and training, please see our education section.

Grants from The Clockmakers Charity

In addition to making grants for appropriate general charitable purposes, we are pleased to consider project applications meeting our set criteria:

1.    Whether the project is of significant horological interest

2.    Whether the project has a connection to a previous member of the Company

3.    Whether the project is located within the City of London

4.    Whether the project can be easily seen or accessed by members of the public

5.    Whether the project or item in question is part of an existing museum, charitable or private collection

For more information, or to receive an application form, please contact the Clerk.

Early in 2020, the Clockmakers' Charity was approached by St Petrock's Church, in Timberscombe, Exmoor, about its long-neglected Turret Clock...

With the retirement of the Steeple Keeper imminent, action was urgently required to ensure that the clock of this 15th Century church would not fall permanently silent.

In combination with impressive fundraising activities in the local area, the Clockmakers' Charity was pleased to be able to contribute £1000 to the costs of servicing, restoration of the clock and dial and the installation of an electric wind-up mechanism.

In October 2020, the works were undertaken, and now the 1926 Smith of Derby Clock is preserved for the community for years to come. 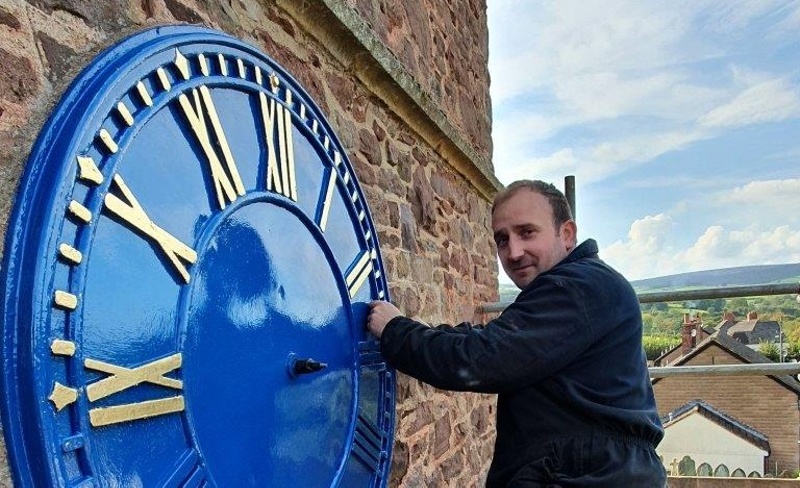 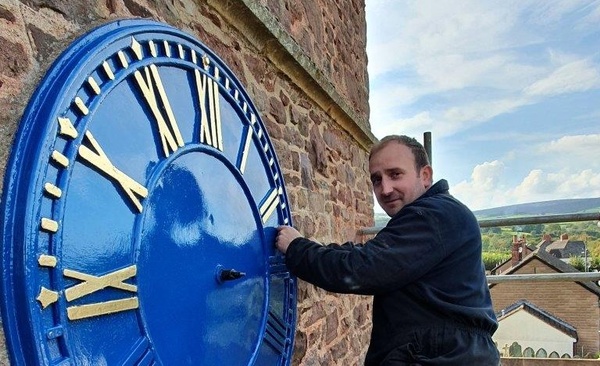 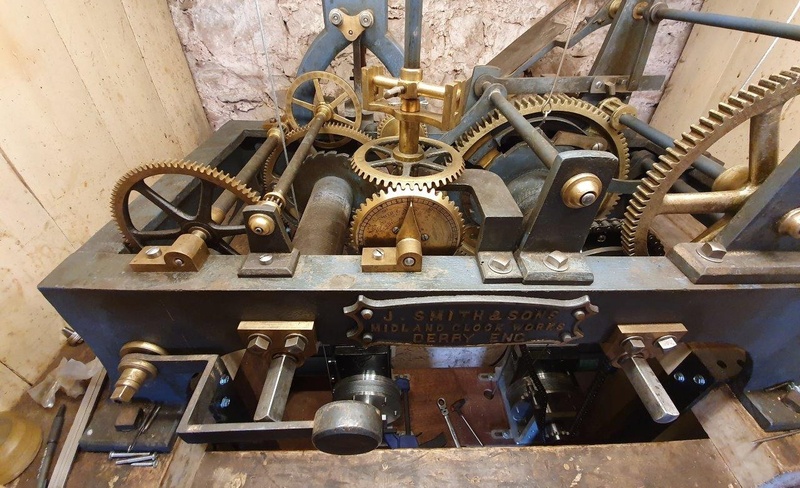 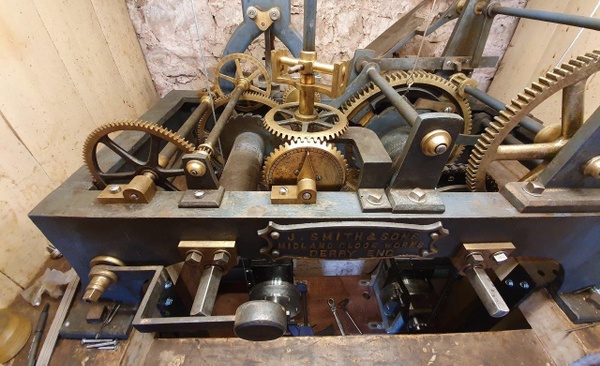 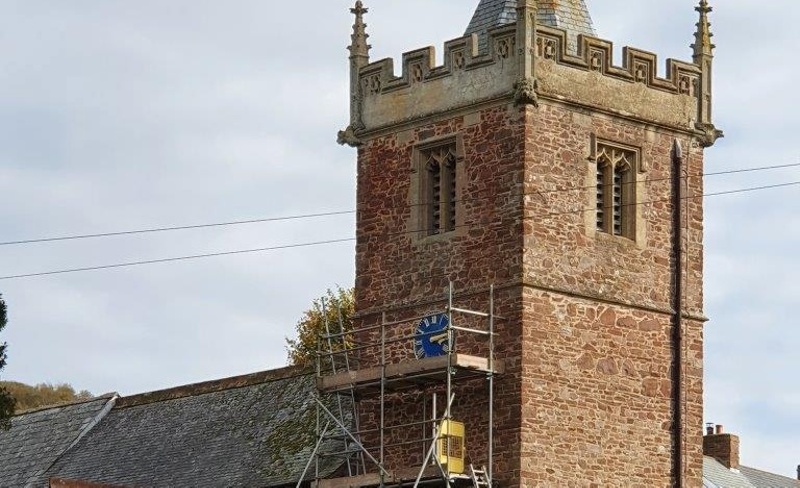 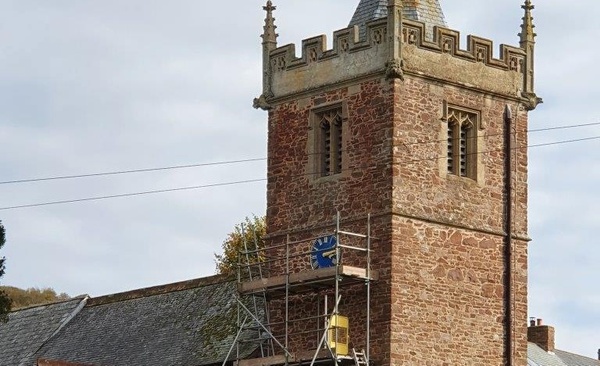 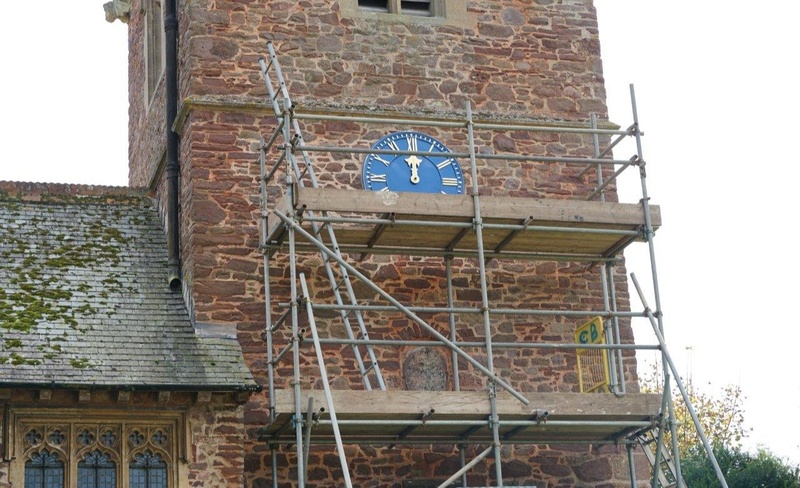 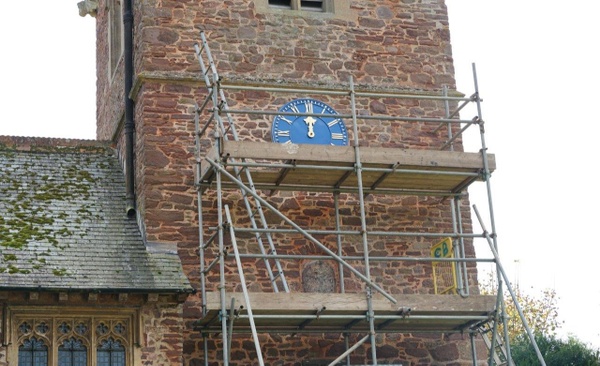 St Luke’s Church was built in the 1820s, and boasts a revolutionary design of turret clock, made by one of the finest clockmakers in England, Benjamin Lewis Vulliamy, Official Clockmaker to King George IV, King William IV and Queen Victoria. Vulliamy boldly claimed that his clocks would outperform and outlive cheaper alternatives, and so it was; it was only in the 2000s that St Luke's clock finally stopped.

A major fundraising project to repair and conserve the clock was launched, and in 2016 the Clockmakers' Charity contributed £2000 to the budget, enabling this historically significant clock to be restored to its former glory.

St Luke’s Church was built in the 1820s, costing nearly £13,000, and 3 per cent of the budget went on a clock installed in 1827 by one of the finest makers, Benjamin Lewis Vulliamy (1780–1854). Official clockmaker to George IV, William IV and Victoria, he also served an unprecedented series of five terms as Master of the Clockmakers’ Company.

Drawing on extensive experience travelling on the Continent, Vulliamy designed a unique new box frame for the clock – a precursor to the flatbed form that became the industry standard. Vulliamy’s clocks were substantially more expensive than those of his competitors, but he boldly claimed they would outperform and outlive cheaper alternatives.

A lack of maintenance led to the clock stopping in the 2000s, and the glazed dials were damaged. A major project to reglaze these and to repair and conserve the clock was launched, and the Clockmakers’ Charity contributed significantly to the budget, supported strongly by the local community, the Church Buildings Council, the AHS and other charities.

The clock now runs well, and is source of renewed civic pride. The dials, lit at night, are visible from a great distance, and the clock is symbolic of the regeneration of the wider local community and built landscape. 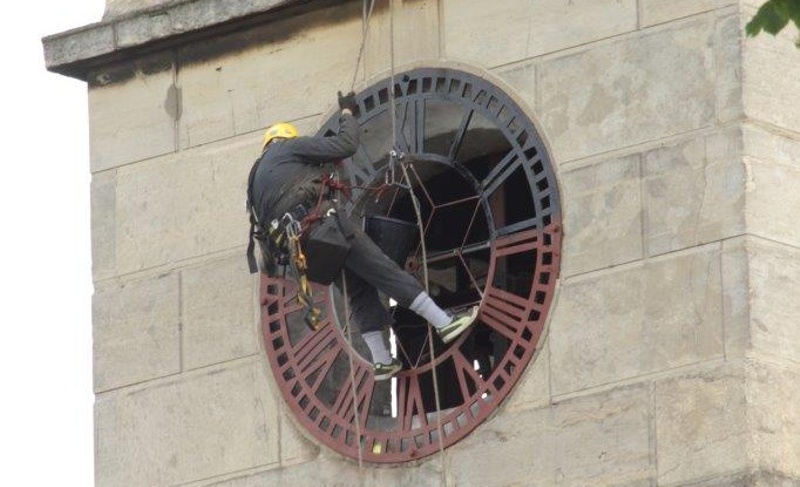 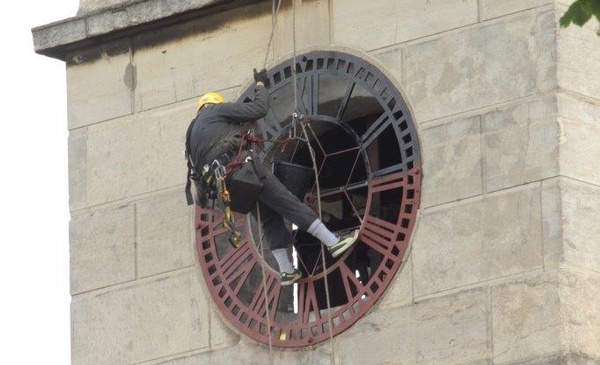 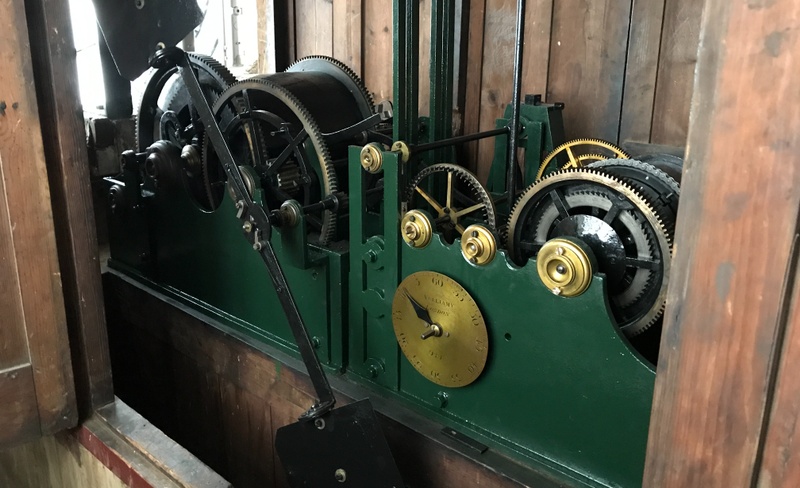 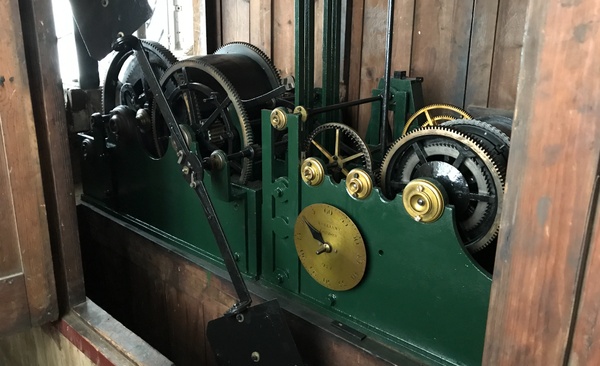 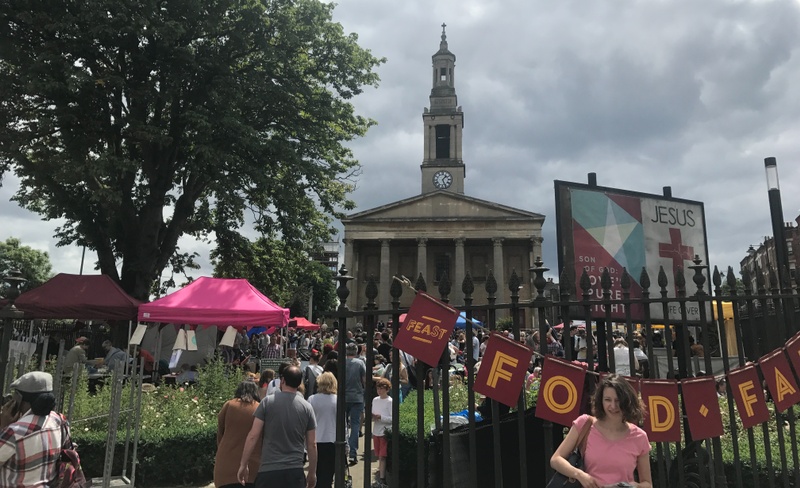 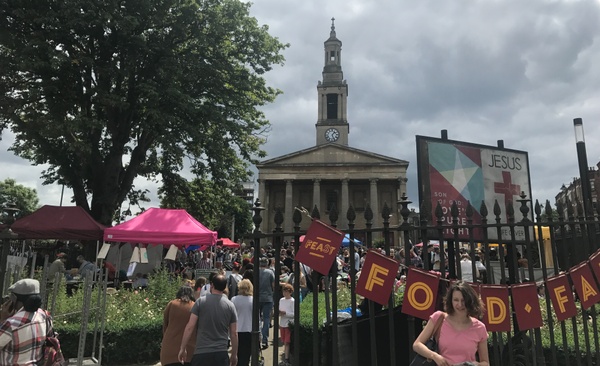 A History of Charity 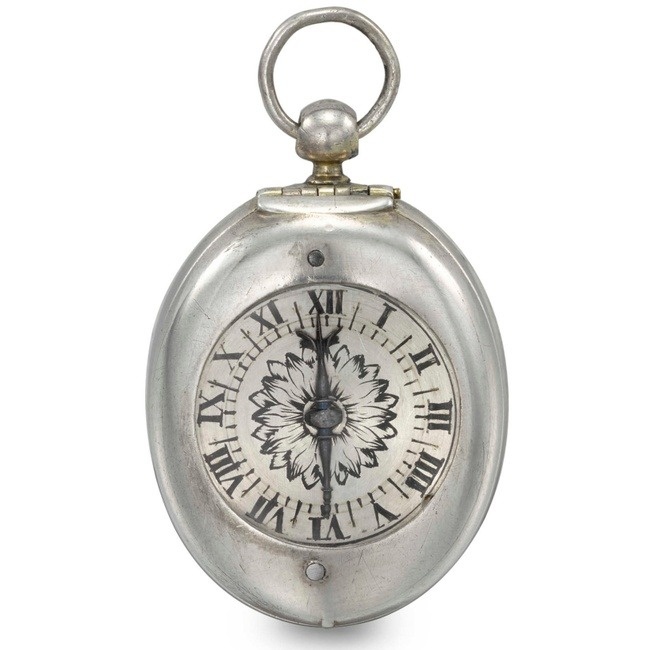 Sampson Shelton, who made this watch in the 1640s, was the first to leave money to the Company to help those in need. Since then, both the public and many members of the Company have supported its charitable efforts, with bequests of both funds, and objects for our Collection.

Find out more about some of the benefactors to our Charity

The National Benevolent Society of Watch and Clock Makers 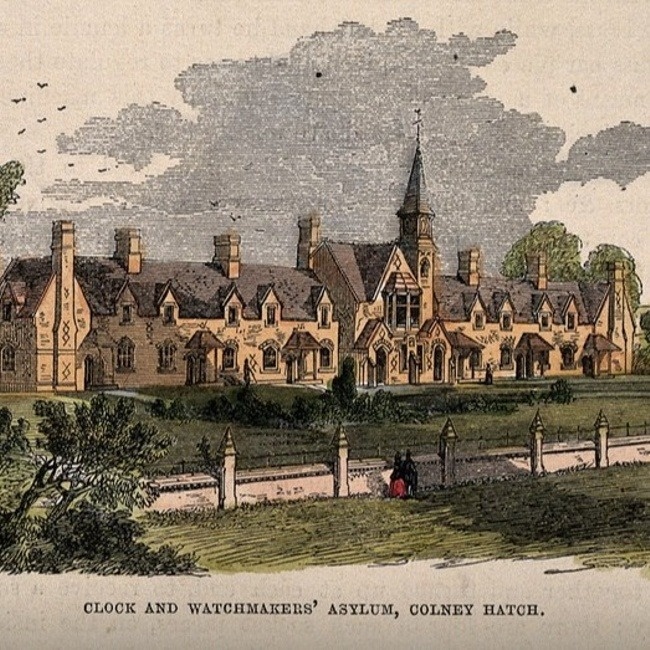 Since 1815, our affiliate the National Benevolent Society of Watch and Clock Makers has supported members of the UK trade, their widows/widowers and dependents, usually with quarterly grants and occasional gifts, set by a dedicated committee of trustees who meet regularly to review any applications received. Many thousands of trade members have been served by the Society over the years and, even now, hundreds are being regularly helped.