The Clockmakers Company has been home to remarkable craftspeople for four centuries. George Daniels for example, and many other wonderful makers, including East, Tompion, Graham, Quare, Arnold, Vulliamy, Frodsham, and Shortt. 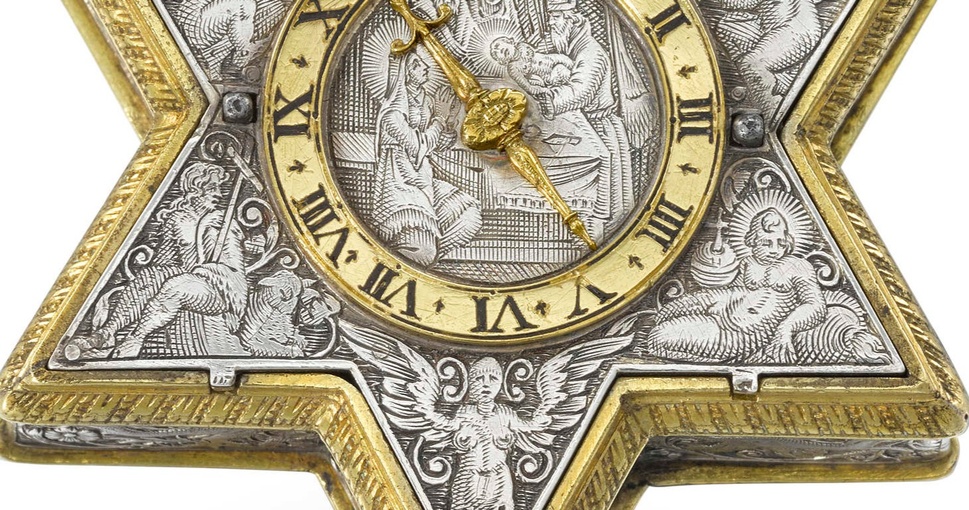 Before 1600, native English making was mainly confined to larger clocks, for churches and towers. Smaller clocks and watches were imported, or the work of immigrant craftspeople, particularly in London. In the early 1600s, more native capacity emerged, and makers belonged to a variety of livery companies – mainly the Blacksmiths, but also those unrelated to the trade, such as the Clothworkers.

The 1620s saw a desire by clockmakers to establish a dedicated company as a representative body, but this was met with opposition from the other livery companies, in particular the Blacksmiths. The formation of a livery company was an expensive undertaking, and when a second attempt was made at the end of the 1620s, this coincided with King Charles I’s pressing need to raise revenue. The Clockmakers' Company eventually received its Royal Charter on 22nd August 1631. The Charter created a corporate body for all the Clockmakers in the City of London and within a radius of ten miles around, with regulatory powers covering England and Wales. It specified that the new Fellowship should be governed by a Master, three Wardens and ten or more Assistants who would form a Court. The first Master was David Ramsay, former Chief Clockmaker to King James I.

The English Civil War severely curtailed the activities of the Company’s members, but the 1650s saw recovery, and at the end of the decade the ground-breaking successful application of the pendulum to clockwork by Christiaan Huygens, championed in London by Ahasuerus Fromanteel.

Following the restoration of the Monarchy in 1660, the London watch and clockmaking trade enjoyed what is often called its Golden Age. The Company’s members included the finest makers, who helped to establish London as an international centre of excellence. The roll call of distinguished craftsmen is remarkable – Edward East, Ahasuerus Fromanteel, Joseph Knibb, Henry Jones, William Clement, Thomas Tompion, Joseph Windmills, Daniel Quare, George Graham, and many, many more.

Important technical developments emerged from these makers that would underpin London’s growing reputation – inventions such as the anchor escapement, the balance spring, the addition of jewelling to watches, and repeating work.

The 1700s saw further extraordinary advances in the field of time measurement, perhaps the most influential being the development of a practical solution for keeping accurate time at sea by the celebrated John Harrison – solving the Longitude problem. The development of the marine chronometer was advanced by key figures such as George Graham, John Arnold, Thomas Mudge and Thomas Earnshaw – most of them Company members.

The 1800s and beyond saw the peak and then decline of the trade in the United Kingdom. Major makers such as Benjamin Vulliamy, William Frodsham and Josiah Emery continued to advance the science of horology, but international competition was fierce, and the UK trade suffered. However, since the 1970s there has been a strong resurgence, with the emergence once more of the finest handcrafted timepieces, made in Britain.

The Charter of 1631 and the ByeLaws issued in 1632 remain the governing documents for the Company to this day, owing to the wise counsel with which they were drafted. In 1765, the Clockmakers consolidated their control of the trade by securing an Act of Common Council, compelling watch and clockmakers in the City of London to be ‘freemen’ of the Company. In 1766 the Company finally secured a ‘livery’, with the number of liverymen limited to just sixty – a limit which has now risen to three hundred. Click here for a PDF of the text of the Charter rendered in modern English. In 2020 Sir George White, Keeper Emeritus of the Museum, published a lavishly illustrated book of the complete transcription, together with commentary. The book is available to purchase here.

The Company has never enjoyed the luxury of its own hall, and originally met in taverns or premises rented from other companies. However, a symbol of its existence was the ‘great chest’ in which the Charter, its plate, and the books and minutes of the Company were kept. Originally this was kept in the home of the Master and moved each year. When the Great Fire of 1666 ravaged the City of London, the chest was carried to safety, and as a result the Company still has the remarkable records of its formation, its officers, apprentices and members, as well as the deliberations of its Court, from 1631 to the present day. The Company’s collection of silver is modest, but the earliest piece is a sixteenth century standing cup and cover probably of Southern German origin, a gift to the Company by William Petit in 1655, known as the Petit Cup, which can be found on display in the Museum.

The definitive history of the Company, Some Account of the Worshipful Company of Clockmakers of the City of London by Samuel Elliott Atkins and William Henry Overall was published in 1881. It has been fully digitised as a searchable PDF, and can found on the Library and Archive page.

The Company has been led by a remarkable succession of outstanding makers, and engravers, of watches and clocks, sundials and other instruments, almost all based in London, until recent times. Election to Master took place on or around the feast of St. Michael the Archangel (29th September). In the 1600s and early 1700s, the official calendar year ran from April to the end of March, and most Masters served five to six months in the year of their election and six to seven months in the following year. This changed in 1751, with the change of calendar, and Masters after that date served just two months in their year of election and ten in the following year. From 1817 onwards, Masters elected in September have served from the following January for a year.

In former times it was relatively common for Masters to serve more than once. This practice declined in the 1700s but in the 1800s became common again – Benjamin Lewis Vulliamy served an unprecedented five times. Several Masters have been distinguished outside the Company – five of them serving as Lord Mayor, and four as Astronomer Royal.

Although the historic and traditional term ‘freeman’ is used, the freedom of the Company has always been open to both women and men – Elizabeth Boddily took her freedom as early as 1692. Traditionally, freedom was the natural outcome of apprenticeship. The completion of an apprenticeship led to the grant of freedom, which is effectively membership of the Company. Although exceptionally the Company might bestow freedom as an honour, there are now four main ways it is granted.

Free members of the Company may in due course be invited to progress to the livery. As with the freedom, though the historic and traditional term ‘liveryman’ is usually used, the livery has always been open to women and men. Members of the Company’s livery become part of much wider community, responsible for the election of the Lord Mayor and other senior officers of the City of London.

This more senior status did not exist for the Company on its formation in 1631. Conscious of the need to elevate its status in the City, and therefore that of its members, considerable effort was expended to secure the grant of a livery from the Court of Aldermen, which finally occurred in 1766.

The term ‘livery’ comes from the distinctive dress or livery originally worn by craft members on formal occasions. The gold and black used by the Clockmakers are the two main tinctures in the Company’s coat of arms.

Before being raised to the livery, Company members are first required to take their freedom of the City of London, in an ancient and memorable ceremony conducted by the Clerk to the Chamberlain’s Court, at Guildhall. A nomination to the livery of the Company requires the proposal of at least one member of the Clockmakers’ Court.

The practice of training as an apprentice is common to many countries, and has a history stretching back hundreds of years. It would typically involve enrolment with a ‘master’ in early teenage years, and a period of some seven years training, in which the apprentice would provide labour in exchange for training, board and lodging. This would lead to an apprentice being ‘freed’, essentially qualifying, and then usually continuing to work in the same business for a time, but often progressing to set up by themselves.

Apprentices were typically expected to operate within a highly restrictive set of rules, for example not marrying, gambling or frequenting taverns during their term. Since watch and clockmakers typically combined home and workshop in one building, it was common for apprentices to be accommodated on the premises. In many cases an apprentice would marry a daughter of the household, in an early form of business and estate-planning on the part of the master. In 1931 Charles Edward Atkins published The Company of Clockmakers Register of Apprentices 1631-1931, a complete list of all apprentices registered through the Company. This has now been fully digitised as a searchable PDF and can found on the Library and Archive page.

Modern practice has evolved significantly, but the Clockmakers' Company is pleased to continue supporting the enrolment of young craftspeople as apprentices with its active members, preserving a commitment to the formal training of new generations of young watch and clockmakers. For further information see the Education section.